This is the hilarious moment a TV presenter did the unthinkable on air by raising up her dress to reveal her underwear. According to reports, the Romanian broadcaster, Illinca Vandici, was on live TV when she freaked out, believing she had a spider in her pants.

She shocked contestants on the reality show as she frantically patted herself down, lifting her gown for everyone to see.

When a man in a gold and black jacket raced to help her, she calmed down and when it became clear there was nothing in her underwear, the host regathered herself and carried on with the filming. 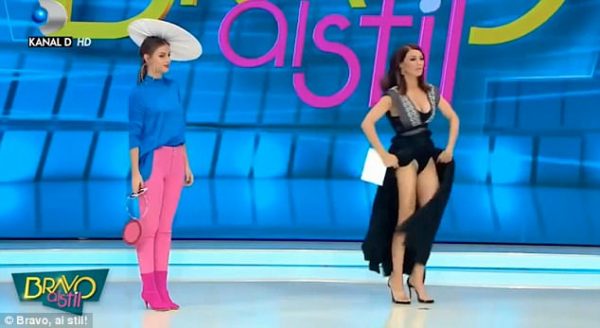 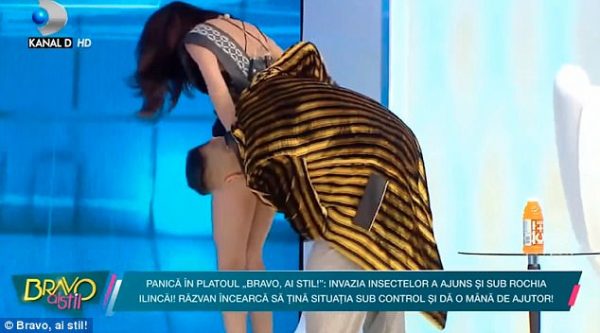