Osei Kwame Despite is undoubtedly an incredibly successful businessman who owns many businesses in Ghana as well as fancy luxury automobiles.

Gh Links brings to you all what you need to know about Osei Kwame Despite and his family how much wealth he has.

He is known for purchasing high-class and expensive cars because of his notable success in running businesses.

Nevertheless, he has sailed through with his hard work.

He was born in 1962 at Agona Wiamoase in the Ashanti region.

Currently, he is 60 years old.

Affectionately called Osei Kwame Despite, he started life as a petty trader, dealing in music cassettes, padlocks, feeding bottles and other merchandise at Dunkwa-Offinso.

After years of painful struggle in the village to make it in life, he joined other friends to seek greener pastures in Lagos, Nigeria.

He began a timber business but shortly after his chainsaw crushed.

This, however, did not deter him as he continued with his music cassette business until in 1999 when he diversified his business and started Peace FM.

This was his big breakthrough because the station was a huge success and still is today. It was the beginning of his media establishments’ ad empire.

Osei Kwame Despite family is close and probably one of the reasons why he is fulfilled.

Osei Kwame Despite educational background may be rich because he has an honorary degree from a British university.

This is not a degree that Kwame attained based on merit or any other academic effort but because of his entrepreneurship efforts.

He believed that his efforts in forming the radio stations would be instrumental in educating the masses thus will play a role in ensuring that the community stayed informed and updated.

His success and even more deserving status as a doctor shows how one can make a name for themselves when they combine practical solutions with knowledge.

Osei Kwame Despite owns radio stations across the country, top radios like Okay FM, Neat FM, Peace FM among others. He also owns the most-watched TV station in Ghana, UTV.

He also owns businesses like real estate, importation, and exportation of commodities etc. With all these businesses, this is how he allay’s his soul. 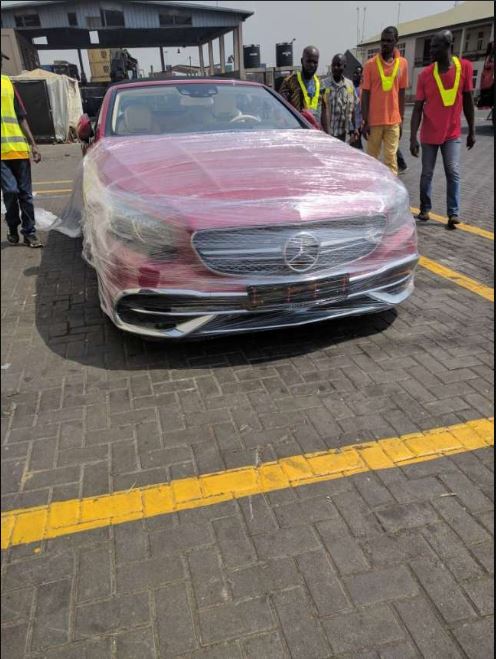 He recently added the new Brabus, which is a high-performance vehicle to his car collection.

The German BRABUS company specializes in Mercedes-Benz, Smart, and Maybach vehicles. Brabus became the largest Mercedes tuner, other than Mercedes-AMG which became a Daimler-Chrysler affiliate in the 1990s.