Janet Jackson has opened up about her struggle to find happiness, saying she “fell easily into despair” but found contentment after becoming a mother.

In a candid letter for Essence magazine, the pop star said she had suffered low self-esteem and “intense” depression throughout her life.

“Depression is a tenacious and scary condition,” she wrote. “Thankfully, I found my way way through it.”

The 52-year-old thanked God and her infant son for helping her find peace.

“The height of happiness is holding my baby son in my arms and hearing him coo, or when I look into his smiling eyes and watch him respond to my tenderness,” she wrote of one-year-old Eissa Al Mana.

“When I kiss him. When I sing him softly to sleep. During those sacred times, happiness is everywhere.”

“Happiness is in gratitude to God. Happiness is saying, ‘Thank you, God, for my life, my energy and my capacity to grow in love.'”

Jackson is one of the most successful singers in US chart history, with 27 top 10 singles and 10 number ones – including hits like Nasty, That’s The Way Love Goes and Again.

She first spoke about her struggles with depression on the 1997 album The Velvet Rope, which was written in the midst of an emotional breakdown.

“[I] couldn’t get up at times,” she told Newsweek upon the record’s release. “There were times when I felt very hopeless and helpless, and I felt like walls were kind of closing in on me.”

In her 2011 self-help book, True You, the star said her lack of self-esteem stemmed from childhood – when she worked on the TV sitcom Good Times, aged 10.

“Before production began, I was told two things,” she wrote. “I was fat and needed to slim down, and because I was beginning to develop, I needed to bind my breasts.

“In both cases the message was devastating – my body was wrong.” 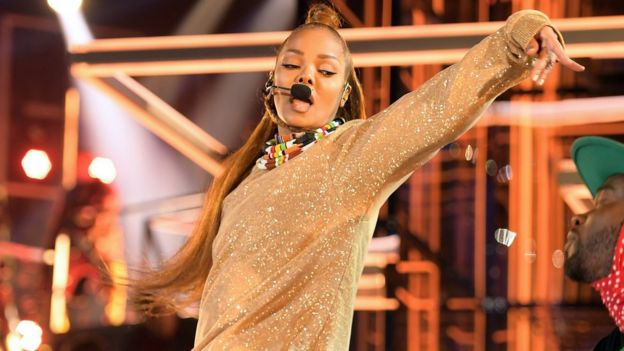 Writing in Essence, Jackson says: “I wasn’t happy with the way I looked” as a child, and as a teen “was happiest when I was pleasing others and not myself”.

“I could analyse the source of my depression forever,” she continued.

“Low self-esteem might be rooted in childhood feelings of inferiority. It could relate to failing to meet impossibly high standards. And of course there are always the societal issues of racism and sexism.”

The star did not touch upon her ongoing custody battle with her ex, Wissam Al Mana – but said she had previously seen “failed relationships as my fault”.

Jackson went on to praise the #MeToo movement saying: “We are living at a time in history when women all over the world are refusing to be controlled, manipulated, exploited or abused,” she declares.

“We have found our strength, and we will not relent.”