There are a number of television brands on the market right now, but Hisense TVs are the most popular.

Hisense televisions are considered to be one of the most affordable televisions, but how much do Hisense TVs cost in Ghana?

It is noteworthy that the prices of Hisense TVs in Ghana have made huge impressions, making it one of the most affordable and popular electronic brands in West Africa.

Hisense’s main product lines include televisions as well as large household appliances such as refrigerators and washing machines.

In terms of colour, picture quality, and overall viewing experience, the TVs are comparable to those from other major manufacturers.

The cost of such models is often lower than that of many high-end models.

There are more than eight million pixels on Hisense’s TV which gives you the best picture quality possible.

The Hisense TV has more than four times the resolution of a standard HDTV. 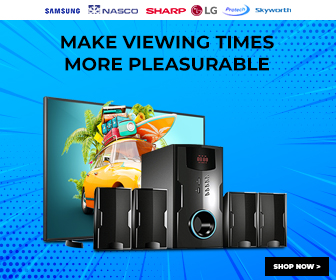 How much does a Hisense TV cost in Ghana?

There are different sizes of Hisense Smart TVs in Ghana so everyone can choose one that suits their budget.

There are also variations in prices, depending on the TV inch, the dealer, or the store.

There are a few stores in Ghana where the prices can be negotiated.

Here are the specifications and prices for Hisense TV in Ghana:

While these LED TVs are small in size, they have a fantastic 720p resolution to offer viewers the ultimate entertainment experience.

This type of TV is one of the most sought-after TVs in the market due to its sleek design, ease of use, and the fact that it is a Smart TV with a Quad-Core processor, giving users access to Netflix, YouTube, and Amazon streaming services.

It is a large television with exceptional clarity.

In addition to its LED backlight, another reason people purchase this TV is its efficiency over standard fluorescent lighting.

With 55 inches of screen size, this category of TV provides viewers with the highest screen resolution possible for 4k videos.

The Hisense 55-inch TV, for example, will give you the feeling that you are in a theatre at home for a price of around 4,000, depending on the dealer.

Inside and out, these TVs are smooth and large, and they are equipped with advanced technologies.

The quality of these smart LED televisions is impeccable, and the videos are shown in high definition.

Where to buy Hisense TVs in Ghana? There are several places where you can find the Hisense televisions in Ghana.

Some of them include:

Hisense is an electronics multinational based in China.

It has grown into a globally recognised supplier of household products since it was founded in 1969.