Comedian Bill Cosby has been sentenced to three to 10 years in state prison for sexual assault.

Cosby, 81, has also been categorised as a sexually violent predator, meaning he must undergo counselling for life and be listed on the sex offender registry.

The actor declined to make a statement when a judge gave him the opportunity.

At a retrial in April, Cosby was found guilty of three counts of sexual assault for drugging and molesting Andrea Constand in 2004.

After delivering the sentence, Judge O’Neill said: “Mr Cosby you took her beautiful healthy young spirit and crushed it.”

He told Ms Constand he “heard the very clear impact” the assault had on her life.

Ahead of the sentence, the judge designated Cosby a sexually violent predator, despite the defence’s argument that Cosby’s age and blindness mean he is not a threat.

Tuesday’s classification means he will need to register with state police and notify any community he lives in of his sex offender status, as well as undergo mandatory counselling for life.

Neighbours, childcare centres and schools will have be notified of the whereabouts of the entertainer once known as America’s Dad.

The actor’s defence team had argued the state’s sex offender law was too severe given Cosby’s age and the fact that he is legally blind.

The disgraced comedian’s two-day hearing at Montgomery County Courthouse in Pennsylvania began on Monday with legal debate over the violent predator label.

Psychologist Kristen Dudley testified on Monday that Cosby showed signs of a mental disorder and was likely to re-offend. 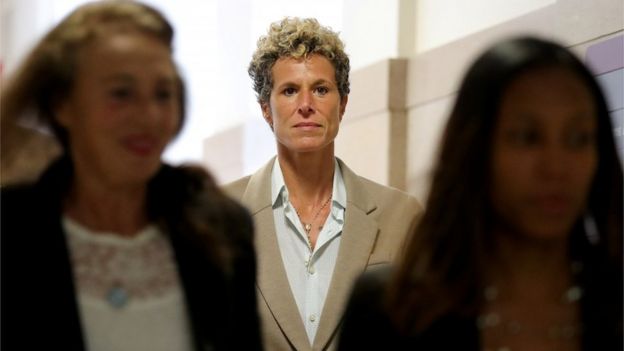 In addition to the label, Cosby still faces a maximum prison term of 10 years after an agreement between prosecutors and his defence team, but there is no mandatory minimum for the convictions.

Cosby’s defence is pushing instead for house arrest.

In June 2017, Ms Constand described how Cosby, whom she viewed as a “mentor”, gave her pills that left her “frozen” and unable to stop his assault.

In Ms Constand’s impact statement, provided to reporters by the prosecution team on Tuesday, she said: “To truly understand the impact that the sexual assault has had on my life, you have to understand the person that I was before it happened.”

Ms Constand wrote that she stopped eating, sleeping and socialising in the wake of the assault. She said she had been a “young woman brimming with confidence” before Cosby took that from her.

“Bill Cosby took my beautiful, healthy young spirit and crushed it. He robbed me of my health and vitality, my open nature, and my trust in myself and others.”

Lili Bernard and former model Janice Dickinson – both Cosby accusers present at the hearing – tweeted on Tuesday: “May justice be served! #MeToo”.

Cosby’s wife, Camille, has not been present at the sentencing. 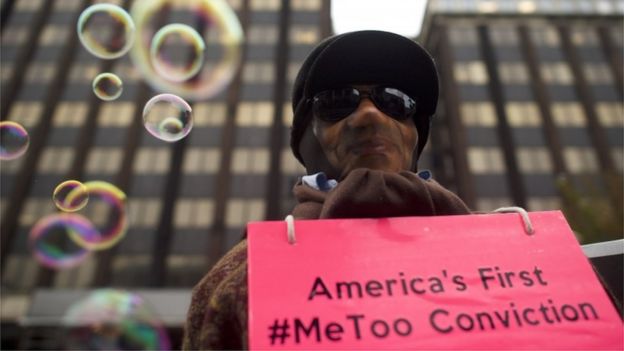 Protestors rallied outside the courthouse for Crosby’s sentencing

The comedian was arrested in 2015 and a deadlocked jury resulted in a mistrialin June 2017.

This year’s retrial occurred amid the #MeToo movement that has seen people worldwide come forward to share stories of sexual harassment and assault.