University student, Michael A. has been presented with a cheque of a whopping GHS 636,592, after he won Betway’s Pick 15 Jackpot from just GHS 4.

Michael correctly predicted 14 of 15 predetermined matchups. However, as one of the 15 matchups had to be abandoned, his entire selection was deemed to have been predicted correctly.

Amazingly, that was not the only major win the Amasaman resident scored this weekend. Michael happened to have also placed a second Pick 15 Jackpot bet. Unlike his first bet, he opted to take an early settlement walking away with GHS 136.592.44 from a GHS 4 bet before the final game. 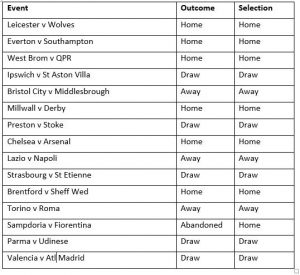