Beyoncé Knowles is a multi-platinum, Grammy Award-winning recording artist who’s acclaimed for her thrilling vocals, videos and live shows. She is an American singer, songwriter, performer and actress.

She was born September 4th, 1981. WIth her 37th birthday just around the corner, here are some amazing things you did not know about her;

Early life and beginning of her career

Beyoncé Giselle Knowles was born in Houston, Texas, to Celestine “Tina” Knowles (née Beyincé), a hairdresser and salon owner, and Mathew Knowles, a Xerox sales manager. Beyoncé’s name is a tribute to her mother’s maiden name. Beyoncé’s younger sister Solange is also a singer and a former backup dancer for Destiny’s Child. Solange and Beyoncé are the first sisters to have both had No. 1 albums. Mathew is African American, while Tina is of Louisiana Creole descent (African, Native American, and French). Beyoncé attended St. Mary’s Montessori School in Houston, where she enrolled in dance classes.

Her singing talent was discovered when dance instructor Darlette Johnson began humming a song and she finished it, able to hit the high-pitched notes. Beyoncé enrolled in Parker Elementary School, a music magnet school in Houston, where she would perform with the school’s choir. She also attended the High School for the Performing and Visual Arts and later Alief Elsik High School. Beyoncé was also a member of the choir at St. John’s United Methodist Church as a soloist for two years.

Teaming up with her cousin, Kelly Rowland, and two classmates, Beyoncé formed an all-female singing group. Her father, Matthew Knowles, served as the band’s manager. The group went through some name and line-up changes before landing a record deal in 1997 with Columbia Records. Destiny’s Child soon became one of the most popular R&B acts, with the release of their first, self-titled album. Gaining momentum, the group scored its first No. 1 single on the pop charts with “Bills, Bills, Bills,” off their second album. The recording also featured another smash hit, “Say My Name.”

While enjoying her group’s success, Beyoncé began exploring other projects. She made her acting debut in 2001 with a starring role in MTV’s Carmen: ‘A Hip Hopera’. She then co-starred with Mike Myers in the Austin Powers spy parody ‘Goldmember‘ the following year.

On the musical front, Beyoncé took center stage as a solo artist, releasing her first album, Dangerously in Love, in 2003. The recording became a huge success for her both commercially and critically. It sold millions of copies and won five Grammy Awards. On the album, Beyoncé worked with a number of different artists, including Missy Elliott, Sean Paul and Jay-Z. She was rumored to be dating Jay-Z around this time, but the couple did not publicly acknowledge their relationship. 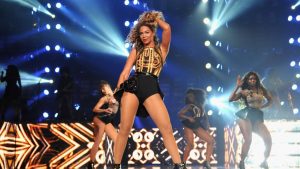 On her own, Beyoncé continued to enjoy great success. Her second studio album, 2006’s ‘B’Day’ featured such hits as “Irreplaceable” and “Deja Vu.” On the big screen, she starred opposite Jennifer Hudson, Jaime Foxx and Eddie Murphy in ‘Dreamgirls’. The film was adapted from the hit Broadway musical of the same name.

In 2008, Beyoncé married rapper and music mogul Jay-Z in a small, private ceremony in New York City. Among the guests sighted at the wedding were Beyoncé’s mother, Tina Knowles; her father and manager, Matthew; her sister, Solange; Destiny’s Child members Kelly Rowland and Michelle Williams; and friend Gwyneth Paltrow. 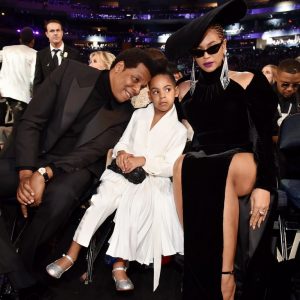 The newlywed continued to work as hard as ever, promoting her latest effort, ‘I am … Sasha Fierce’  (2008). Beyoncé scored two big hits off the album—”Single Ladies (Put a Ring on It)” and “If I Were a Boy.” She also returned to the big screen that year, starring as R&B legend Etta James in ‘Cadillac Records’. The following January, Beyoncé sang James’ trademark song, “At Last,” for President Barack Obama and First Lady Michelle Obama at his inaugural ball.

In addition to acting and performing, Beyoncé ran a clothing line called House of Dereon with her mother. She also launched her own fragrance, ‘Heat’, in 2010. Throughout her career, Beyoncé has served as a spokesperson and model for several other brands, including L’Oreal and Tommy Hilfiger. 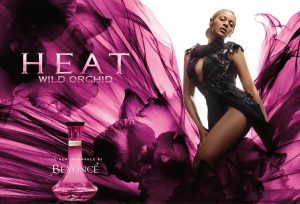 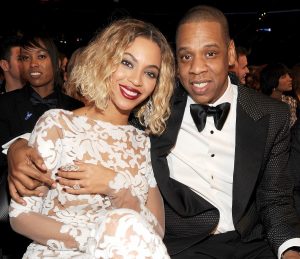 Together, the combined wealth of this superstar power couple crossed the billion dollar line last year. As of 2018, Forbes estimates their combined net worth is now over $1.25 billion.